Leading the way in innovative

Gather the wisdom to reach new opportunities for precision medicine

40-year-old Mr. Tsai is engaged in the international e-commerce service industry. He stays up all night to work all year round. He has high blood pressure history. He exercises a lot and has no illness. He has confidence in his physical condition. He has never worried about high blood pressure and has not taken medicine. Even accidental palpitations and chest tightness should not be taken seriously. When conducting an international video conference during the cold winter special report period, Mr. Tsai suddenly suffered severe chest pain. He felt that his heartbeat was getting faster, his vision became darker, and his right half of his body became numb and weak. His family urgently sent him to the hospital. After examinations such as ECG, X-ray film and chest computer tomography, he was diagnosed with aortic dissection and urgently underwent surgery.

What is thoracic aortic aneurysm syndrome

The aortic wall (including the ascending aorta) is separated due to the tearing of the aortic intima, which may cause bleeding, cardiac tamponade, or insufficient blood supply to the coronary arteries and lead to death. According to statistics, if acute aortic dissection is not treated, at least 50% of patients will die within 48 hours after the occurrence, which is an increase of about one percent per hour. Therefore, diagnosis and treatment are a race against time. 71% will die within 2 months, 89% will die within 3 months, and 91% will die within 6 months. For TAAD detected early before rupture or dissection, the risk of operative mortality is less than 15%.

On September 18, 2020, the result of the sudden death of the celebrity Huang Hongsheng was released, and his agent confirmed that the aortic dissection caused vascular obstruction.

Wei Zheng, a cardiac surgeon, said that most of the aortic dissection is caused by high blood pressure, but it is really rare to happen in the 30s. “The most terrifying thing about aortic dissection is that it happens immediately when there are no symptoms.” Wei Zheng explained that the aorta is divided into three layers. High blood pressure will cause the blood vessels to be stretched to a certain extent. If the inner layer splits, the blood will rush to the outer layer. This is called “aortic dissection”. If the outer layer is not broken, the blood will go down. In this case, the opening is usually small and not immediately fatal, but you will feel severe chest pain and back pain and be sent to the hospital. When aortic dissection occurs, Wei Zheng explained that half of the outer layer of blood vessels will be severely split directly, which is equivalent to a direct rupture of the aorta, and people will die within 1 minute. He said: “It’s like a balloon burst, no one can help. It’s sudden death.”

Patients with a rare genetic disease “Marfan’s disease” are at high risk of aortic dissection. It belongs to connective tissue diseases. Due to genetic defects, it is easy to cause cardiovascular and ocular diseases. Patients may have deep myopia, and the aorta will be more fragile, causing it to rupture at a young age. The average life expectancy for this type of disease is only 40 years. Most patients are tall and thin, with slender toes and severe myopia, which is easy to diagnose.

If you have a family history, you must pay more attention. Patients with high blood pressure should not let their blood pressure suddenly soar, but they don’t feel it. Conditions such as lack of sleep, high stress, fatigue, and sudden cold weather can all cause blood pressure to rise. When the blood pressure is high, the most vulnerable blood vessels will rupture, such as rupture in Cerebral blood vessels or aorta , which will cause cerebral hemorrhage, stroke or aortic dissection. These are common and easily overlooked causes of sudden death. In addition, some people may receive a heavy blow to the chest due to trauma, resulting in aortic dissection.

Genetic testing to reduce the risk of death

On September 18, 2020, the result of the sudden death of the celebrity Huang Hongsheng was released, and his agent confirmed that the aortic dissection caused vascular obstruction.

Leopard Gene uses next-generation sequencing to detect all exon regions of 34 genes related to thoracic aortic aneurysm syndrome to screen patients for related pathogenic mutations, which can support the diagnosis of physicians, evaluate the prognosis, give appropriate treatment, medication, and follow up properly. Only 8-10cc of blood sample is required, and the subjects of the test are patients suspected of having connective tissue-related syndromes: Marfan syndrome (MFS), Ehlers-Danlos syndrome (DS), Loeys-Dietz syndrome (LDS); none Adults over the age of 20 who have connective tissue-related syndromes but have a family history (father, mother, hands and feet). 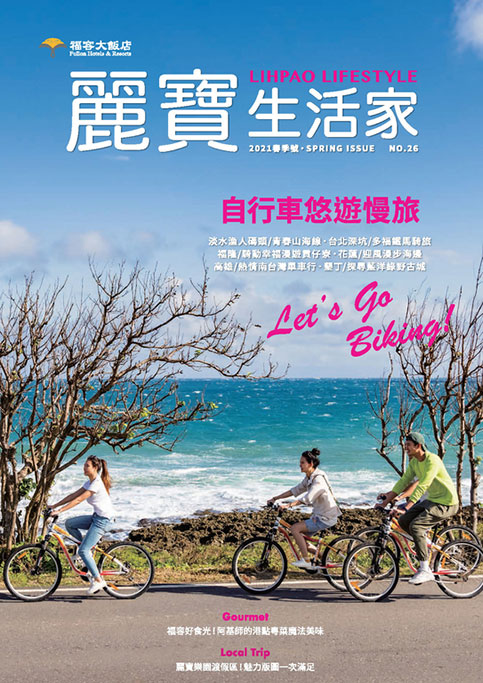 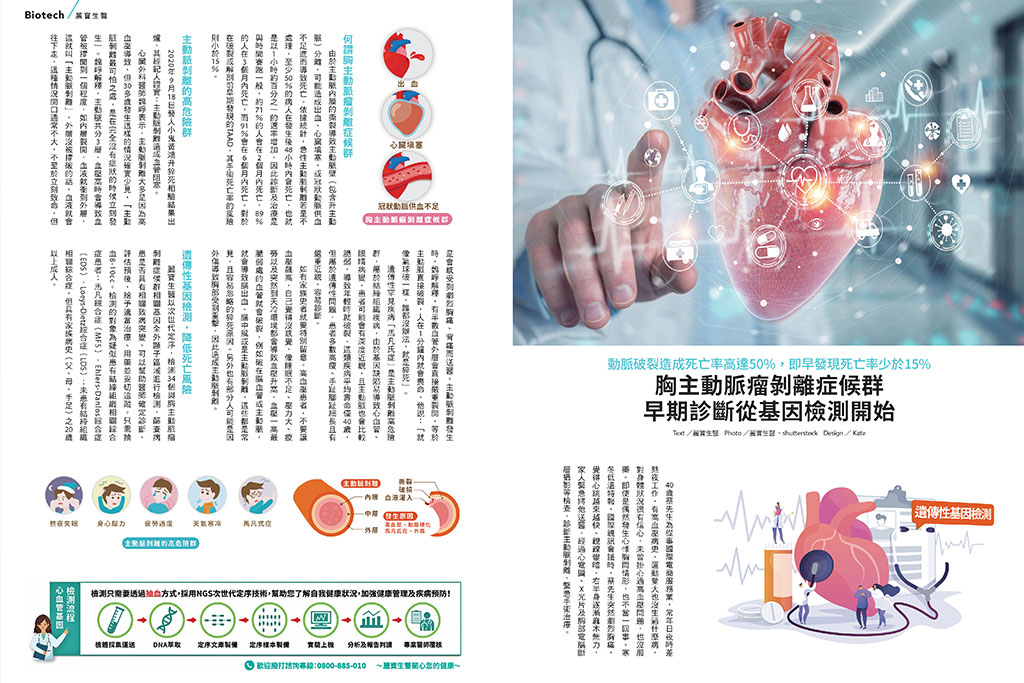 FacebookTwitterLinkedInWhatsAppEmail
We use cookies on this site to enhance your experience. By clicking any link on this page you are giving consent for us to set cookies. Accept
Go to Top